Do the inverse-Pretty Girl Rock: Don’t hate someone else just because she’s beautiful.

I’ve struggled with strong jealousy issues since my teens. Considering how much personal change I feel I’ve undergone since then, it’s hurtful (and embarrassing) to realize that these issues are still present in my thoughts up to now.

Apparently none of my friends have this same issue, but I’ll share it here, even though this is really embarrassing for me to admit. I talk big game about having my emotional shit together, giving people advice on how to deal with their issues, but the truth is that I’m not perfect either.

I used to think that when a guy chose me to be his girlfriend, that meant that someone finally thought I was special enough to want to be with me, and only me. As long as he still wanted only me, I was special. Then, when my boyfriends hit on other girls or told me they thought other girls were attractive, it hurt me badly. I wouldn’t always say it (although I often made a huge stink about it in my teens), but it made me feel horrible. I felt like I didn’t matter anymore because I wasn’t the only person my boyfriend saw as beautiful and desirable. My best guy friend told me that I only have this issue because I only date guys who are jerks (not sure if I can confirm or deny this), but that’s not the whole truth.

My insecurities got, and continue to get the best of me. The sad part is, even after I break up with the jerks who hit on other girls while we’re in a relationship, I still hate on those girls. I look at them very carefully, trying to figure out what about them makes them so much more special than I am.

I caught myself doing this yesterday when I met a few girls who fell into this weird category I made. And I felt really shitty because these girls are so friendly, so nice to me, and so beautiful. My logical self knows that this competition I set in my head is so pointless! I firmly believe that resentment and hate are useless emotions. It’s like that saying, “holding onto anger is like drinking poison and expecting the other person to die.”

What good does it do you to hate someone who hasn’t done you any wrong? The reason I have this pointless resentment is because I have deeply rooted insecurities about myself and I project this onto the beauty I see in other people. 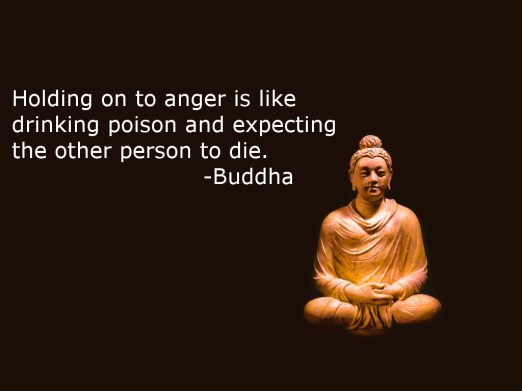 I’ve found that it helps to make a list of the things you love about yourself (looks, personality, etc.) and refer to it when you get jealous about other people.

I have a ways to go with getting over jealousy and being more content with my physical appearance, and I hope you’ll all go on this journey with me to achieving greater levels of self-love.

We can do this together by agreeing not to hate other people just because they have something you wish you had, whether it be materialistic, beauty, or aspects of their lives.

We can stop hating the “hoes” that our boyfriends like (also, that’s an indicator that your boyfriend is an asshole, not that a girl is trying to steal him just by being herself).

We can do this by realizing that although there are things about ourselves that aren’t perfect, there are also many things that make us uniquely beautiful. Love yourself because you’re beautiful, and appreciate the beauty in others.

And if you need a reminder, read this and love your body because YOGO.