Over the past month or so, I’ve gotten into re-watching Gilmore Girls. I went through puberty and adolescence watching this series. As a dorky 13 year old, I identified personally with the show’s protagonist Rory Gilmore–a beautiful, smart, nerdy, charismatic teenager who loved reading and was hopelessly awkward with boys. I looked to her in my teens (and still have up to this day) as my role model while I formed my opinions about romance and dating. 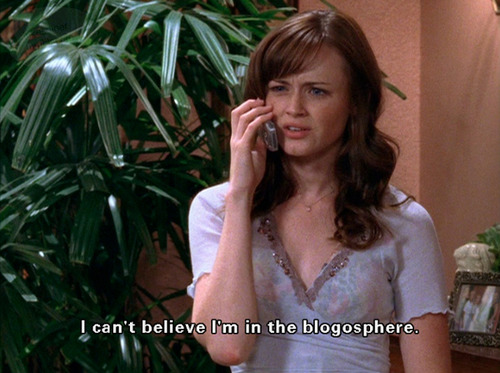 Each season of Gilmore Girls is characterized by the boy Rory is dating. We all know season 1 as Dean’s era, season 2 as Jess’s introduction, season 3 as Rory + bad boy Jess, season 4 as Dean’s era pt. 2, and the last few seasons as Logan’s stint with our heroine. This article debates about which boyfriend was best for Rory–obviously Rory was nothing without her love interests.

Many other TV shows do this with female lead characters–Buffy the Vampire Slayer switches from vampire to human to vampire love interests each season, Mindy Lahiri has an endless slew of boyfriends in The Mindy Project, and even the feminist Tina Fey’s 30 Rock seasons can be categorized by Liz Lemon’s boyfriends. With very few exceptions (if there are any exceptions at all), TV shows with female leads center on the lead’s romantic life.

I often mentally categorize my life in similar yearly “seasons” too, because of how much TV has influenced me personally. I look back on the past few years of my life as the “casual dating season,” “the yearlong dramatic/long distance/engagement season,” the “shitty long distance season,” the “high school sweethearts season” and so on. My life in seasons categorized by relationships goes all the way back to my early childhood: the “preschool first crush season” was probably my first.

I’ve categorized the stages of my life in terms of my romantic interests for as long as I can remember. I’ve been coming to consciousness with how much importance I put on romance and men in my life, but it wasn’t until recently that I realized how deeply rooted this mindset was for me.

This makes me scared and unnerved to no end. How could I have lost myself so much in my pursuit of other people? Have I ever really had a true self if my sense of self has always been anchored by impermanent relationships?

Looking back on the TV shows that have influenced my romantic beliefs and behavior so strongly, I feel jaded. I spent my whole life strongly believing that I needed a boyfriend for my life to be interesting. All my female heroes’ lives seemed to revolve around a man; so logically, my life should do the same.

As an avid watcher of quality television (although I’m questioning the “quality” of my shows in terms of progressiveness now), it’s frustrating to know that it’s almost unavoidable to escape gender stereotypes or gender role perpetuation while watching TV. Do we really need to take breaks from being feminists to watch TV, as this article by the Onion pokes fun at?

I know TV shows are getting more progressive–Leslie Knope from Parks and Recreation is one of my favorite feminist characters, but Parks isn’t without its problems (besides feminist issues, their portrayal of Native Americans is pretty bad). Ann Perkins, beautiful tropical fish, tries to date herself after realizing how much she changes for men, then ends up having the gorgeous Chris Traeger’s baby; we say goodbye to Ann as she settles into her life of perfect (although unmarried) domesticity. Also, can we mention white feminism here?

One of the reasons why I chose to major in Film/Media Studies at my university is that my greatest aspiration in life is to create my own (obviously very feminist) TV show with a strong womxn of color lead character. I plan to get there eventually, maybe after I’ve worked as a journalist for a while and have come to believe in myself enough to do something great with my life. I can sit with the frustration of the lack of feminist television options all I want, but who is actually going to do it? As Toni Morrison said, “if there’s a book that you want to read, but it hasn’t been written yet, then you must write it.” If there is something lacking in television and the media, I believe it’s my duty to create it.